How Google Cloud Platform Stands Out from the Rest 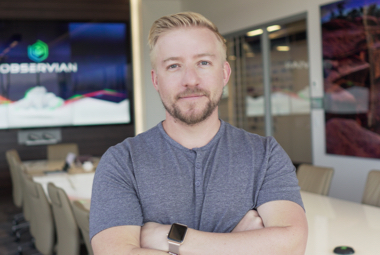 With more public and private clouds popping up, it can be difficult for enterprises of any size to determine which cloud is best for them.  As the technology develops, each cloud provider boasts improved functionality and new integrations to make management and monitoring easier and provide users more flexibility in network and infrastructure configurations.  While AWS was the first cloud environment launched and Azure has the backing of industry powerhouse Microsoft, Google is finding its niche.

GCP customers benefit from the maturity of the Google security model which has been developed to support the G Suite applications over the past 15 years. With uber convenient options like Live migrations, customers can transition running servers to the cloud to prevent downtime. The Google Cloud Platform, like other major cloud providers, is a highly secure public cloud environment, but with new innovations, strategic partnerships, and competitive pricing, GCP is quickly increasing its market share.

Here is how GCP stands out from the other cloud providers:

GCP leverages their global network of fiber-connected data centers to reduce latency; the FASTER Cable System provides Google and GCP customers access to a 10 Terabit per second bandwidth connection between the US and Japan.  Google’s tiered cloud network offers their customers connectivity options over a redundant network with at least three paths between any two locations on the Google network. So, for global enterprises with global workloads, these network advancements make GCP a leader in datacenter expansions and reduced latency.

The GCP Cloud Security Command Center (Cloud SCC) gives users visibility into resources being used to prevent, detect and respond to threats in Google cloud environments. Security Health Analytics, a feature in Cloud SCC, identifies misconfigurations in storage buckets, firewalls, certs and keys and event logging.  These issues can be addressed from the Cloud SCC to close holes in the security posture of the environment, mitigating the potential for intrusion and data exfiltration. The Cloud Security Command Center can also be integrated with third party security tools to increase visibility and response capabilities. GCP tools like Stack Driver allow for users to aggregate telemetry, logs and events from infrastructure on premise and in the cloud to expedite incident response. Once ingested and analyzed, logs from VMs and container clusters can be output to a SIEM solution. With tools to manage networks, virtual machines, apps and storage options one might wonder what is not covered by the Cloud SCC in the Google Cloud Platform.

While GCP has provided a rich platform of functionality and security capability, there are elements that are beyond the scope of its capabilities.  As an example, the platform doesn’t correlate threat intelligence data into its aggregation and analysis, and it doesn’t currently provide management capabilities for functions like disaster recovery. This makes MSP’s important partners in the deployment of workloads to GCP.

Joining in 2018, Ronald Pipkins is a Solutions Engineer for Alert Logic, helping customers, partners and prospects understand how Alert Logic’s security solutions for on premise, hosted, and public/private cloud environments provide better security outcomes.  Prior to that, Ronald was a Major Incident Manager for the Walt Disney Company providing support across all the Disney brands, Movie Studios, Product, Parks and Resorts, ESPN and ABC, and a Technical Writer for the Mattress Firm drafting knowledge base articles and standard operation procedures.